We Provides Metal Heat Treatment Solution. Heat Treatment is a method used to alter the physical and sometimes chemical properties of a material. The Most Common application is Metallurgical. 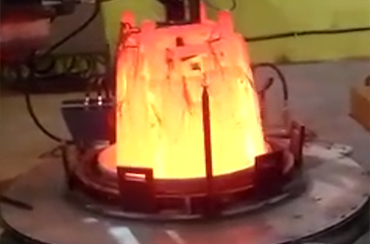 A ferrous metal is normally hardened by heating the metal to the required temperature and then cooling it rapidly by plunging the hot metal into a quenching medium, such as oil, water, or brine. Most steels must be cooled rapidly to harden them. The hardening process increases the hardness and strength of metal, but also increases its brittleness.

To harden by Quenching a metal must be heated into the austenitic crystal phase and then quickly cooled. Tempering is done to toughen the metal by transforming brittle martensite or bainite into a Combination of ferrite and cementite or sometimes Tempered martensite. 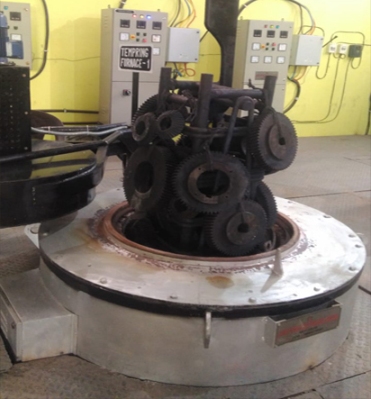 Tempering is usually performed after hardening, to reduce some of the excess hardness, and is done by heating the metal to some temperature below the critical point for a certain period of time, then allowing it to cool in still air.

Tempering is a heat treatment technique applied to ferrous alloys, such as steel or cast iron, to achieve greater toughness by decreasing the hardness of the alloy. The reduction in hardness is usually accompanied by an increase in ductility, thereby decreasing the brittleness of the metal. Tempering is usually performed after quenching, which is rapid cooling of the metal to put it in its hardest state. The rate of cooling usually has no effect on the metal structure during tempering. Temperatures used for tempering are normally much lower than the hardening temperatures. The higher the tempering temperature used, the softer the metal becomes.Tempering is done to toughen the metal by transforming brittle martensite or bainite into a Combination of ferrite and cementite or sometimes Tempered martensite.